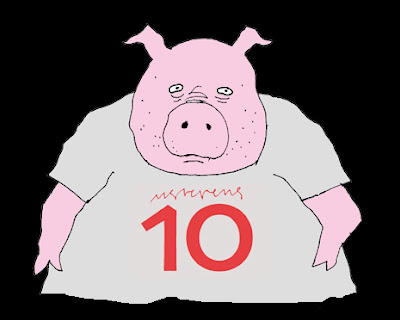 OK, people, I’m here! Where is everybody?
We have the meeting every Monday morning. They’re almost always late. Sometimes only a few of them show up. They’re such wackos. I have to have at least ten of them if we expect to have a chance at winning this week’s game. Half the time, the ones that do show up forget something, a line, a shape, an article, a verb… Sometimes, whole phrases. I see a couple strolling in nonchalantly, giggling to themselves about something or other. (They all think they’re so damned funny.) I see some other stragglers, too, coming along behind the first two. That’s five so far. They look like they’ve been out all night, maybe slept in their clothes. When they get closer, I notice a couple of them even smell bad. How the hell can I work with these bums? Four more coming in. I get them all to line up for inspection. A few of them don’t look that bad, but I can see I’m going to have to deal somehow with the others. I take the worst of them aside, try to get them presentable. They need to be cleaned up, washed and scrubbed. Everybody gets a clean shirt with the team logo. I guess they’ll have to do. Still, there are only nine. I can go with the nine, but our chances of winning are pretty slim as it is, even with a full team.

It’s almost game-time. I’m going to have to make a call. I hate to do it, but there are a few past team members kicking around out there with not much else to do. Some of them were pretty good, in spite of previously being on a losing squad. It wasn’t their fault. There are a lot of unpredictable factors at play once the game is underway. So, I make the call. I remember one ex-team member in particular, one of the piano-bar guys. He might work out this time around. I call, he’s there, like I knew he would be. He comes right over.

I look them all over again, one more time. Maybe three of them show promise, four if you count the piano-bar guy. So here’s what I’ve got this week: Two guys at a bar, a guy at the beach with his kid, a guy sitting in an easy-chair, one on a couch taking a nap. There’s the piano-bar guy, a lawyer, two scruffy-looking doctors, and a pig. This is the best I can do this week, so off they go to New York City, to compete with a couple of thousand other hopefuls. I wish them luck. Even though most of them are losers, I can’t help but feel proud of them. My guys. Maybe they’ll come back with a trophy. It’s happened before.